The Sokoto State Governor, Aminu Tambuwal, has dumped the All Progressives Congress for the Peoples Democratic Party.
The governor made his position known at a news conference in Sokoto.
Tambuwal defected to APC in 2014 while he was the Speaker of House of Representatives.
Hundreds of his supporters who stormed the Government House to witness his declaration cheered him on.
Tambuwal, a former Speaker of the House of Representatives, becomes the third sitting governor to quit the APC in the last two weeks.
The Benue State Governor, Samuel Ortom, was the first to do last week.
Ortom also joined the PDP.
The Kwara State Governor, abdulfatah Ahmed, also dumped the party on Tuesday.
This followed the exit of his principal and President of the Senate, Dr. Abubakar Bukola Saraki.
Their protege and National Publicity Secretary of the APC, Mallam Bolaji Abdullahi, followed suit on Wednesday.

RELATED STORIES
Why I Left APC For PDP- Saraki 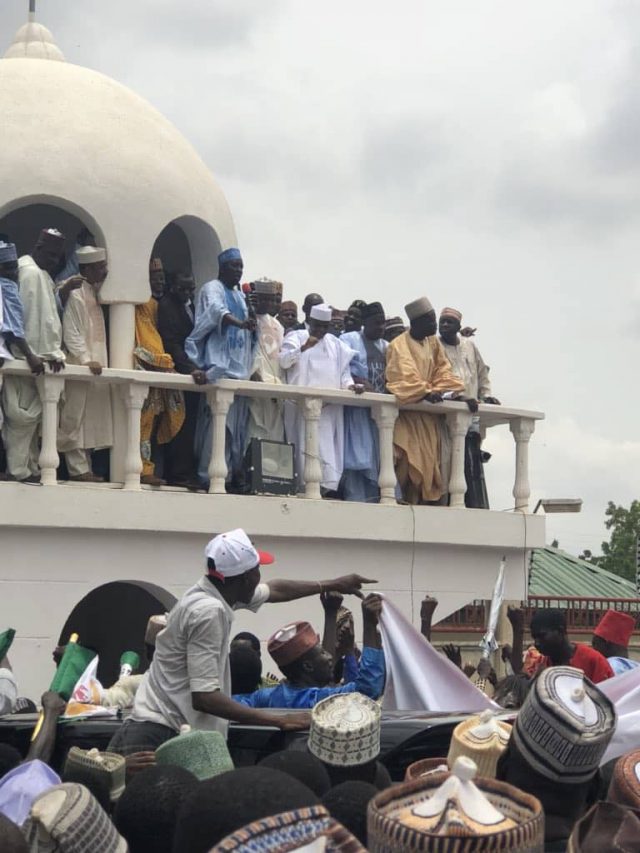