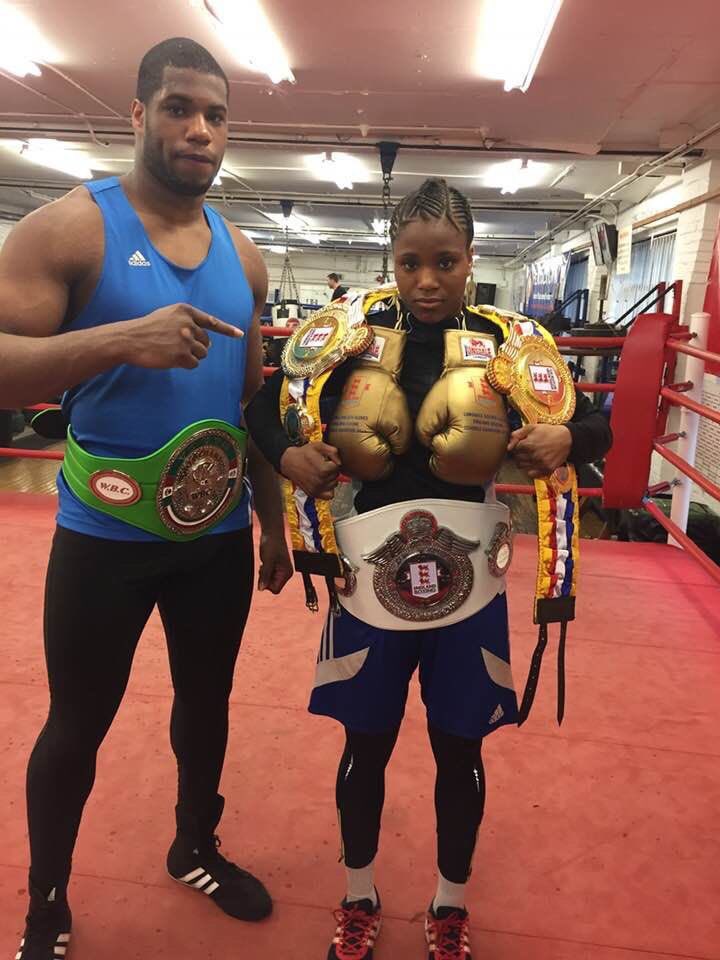 Usually when a Dubois sibling fights, there is stony confidence. An ice cold demeanor.

But recently things were so different on the most unusual night for the fighting family – when Caroline and her older brother Daniel were both battling in crunch fights just hours apart. “It was strange! I definitely did not like it,” Caroline said. It is not uncommon for fighters to feel more nerves when their closest confidantes step into the ring but Caroline and Daniel’s high-stakes fights were particularly testing.

Caroline, just 20, was at an Olympic qualifier in Paris on June 5 with a place at Tokyo 2020 up for grabs, having already beaten a far more experienced rival.

Daniel, a couple of hours later, was making his heavyweight return in London against Bogdan Dinu in his comeback from a broken eye socket. Caroline’s Olympic quest has continued through her older brother’s painstaking recovery from the injury inflicted in his first career loss to Joe Joyce. She has seen how things can go wrong but has persevered.

“Definitely when he gets in the ring,” she smiles through obvious torment when asked if it is more nerve-wracking to watch a loved one strap on the gloves.

Caroline grimaces when thinking about Daniel’s battles: “So many big blows are thrown. One of them will land.

Caroline would normally have been present with her brother before his fights but, last month, was forced into unusual solitude from him when her Olympic qualifier fell on the same day.

“You have to focus on yourself so I felt bad that my brother was boxing,” she says.

“Normally I’m always there around him, giving all my attention and focus to him.

“But I had to be more selfish – I had to totally forget about him and I didn’t like that.

A day earlier Caroline defeated Mira Potkonen of Finland, who is twice her age and was the bronze medalist at the 2016 Olympics. Before Daniel’s fight in London, Caroline confirmed her spot on Team GB for the Tokyo Games by beating Italy’s Rebecca Nicoli.

Her brother then hammered his opponent into a second-round KO.

“Every time Daniel fights there’s nothing I want more than to see his hand raised,” says Caroline. “We have matured and I want us all to succeed, have good lives, good families. We have worked hard – very, very hard.”

A night of worry became a double celebration of each side of the English Channel for the Dubois family, a set of siblings who found boxing at an early age at London’s Repton amateur club.

“I started boxing at nine years old,” Caroline says. “Obviously my brother was boxing before me. He was going to the gym and I was watching his fights, I saw the buzz. I wanted to do it too.”

Daniel and Caroline have two younger brothers who are already learning the ropes.

“When my little brother Prince boxes I am the one who screams the loudest,” says Caroline who lights up at the mention of his name.

“There is nobody I want to see succeed more than him.

“Solomon is coming through and it would be my dream for him to do the same as me and Daniel. To see Solomon go to the Olympics would be amazing – imagine that!”