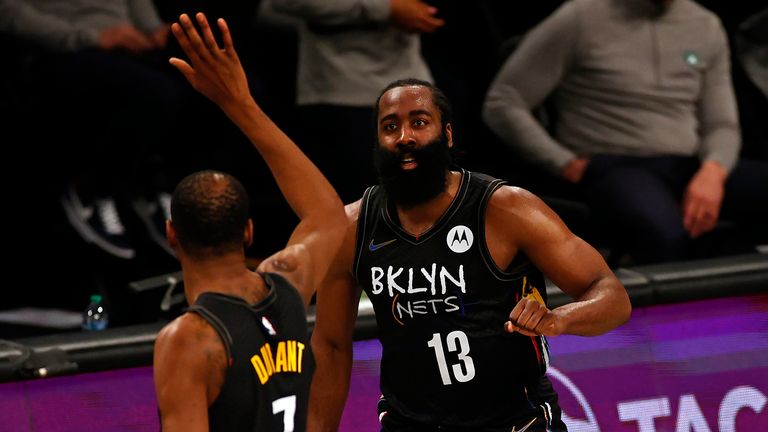 The Brooklyn Nets are headed to the second round. The Eastern Conference’s second seed completed a gentleman’s sweep against the Boston Celtics on Tuesday. All three of the Nets’ stars put together strong performances, but James Harden led the way in the 123-109 victory.

Harden did a little bit of everything as usual and led all scorers with 34 points in a triple-double effort. He also grabbed 10 rebounds and dished out 10 assists to finish with a game-high 75.5 DKFP. Kyrie Irving and Kevin Durant poured in 25 and 24 points, respectively. Boston’s lone star wasn’t enough to keep up with one of the NBA’s most productive offenses. Jayson Tatum only trailed Harden in points with 32 to go along with 9 rebounds and 5 assists. Tatum tallied 55.25 DKFP in a game-high 41 minutes.

The Nets covered the spread by the skin of their teeth as 12.5-point favorites. The absences of Kemba Walker and Robert Williams gave the home team a major edge, and it handled business for Brooklyn backers.

The Nets will take on the Milwaukee Bucks in the second round. Milwaukee lost its first matchup against Brooklyn two-thirds of its Big 3 were active, but won the next two matchups. Milwaukee’s offense and defense dominated the Miami Heat in a sweep in the first round thanks to far above-average offense and defense. Keeping that up against the NBA’s best scoring offense will be a challenge, but Giannis Antetokounmpo and company might have the tools to pull an upset off