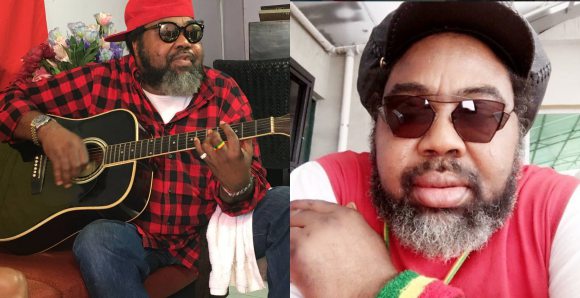 Legendary musician, Ras Kimono is dead. He passed away in the morning of June 10th, on Sunday morning in Lagos.

Metro News reports that he was scheduled to travel to the United States on Saturday night, but complained of not feeling too well.

He was rushed to a hospital in Ikeja, Lagos, then later taken to Lagoon Hospital on the Island.

Ras Kimono was one of the veterans from the 90’s who continued to remain relevant on the music scene, mentoring and contributing to the Nigerian entertainment industry.

Ekeleke Elumelu, popularly known as Ras Kimono was born in Delta State, Nigeria. He started out his career, firstly as a student of Gbenoba Secondary School Agbor and later as a member of the legendary Jastix Reggae Ital, alongside Majek Fashek, Amos McRoy Jegg and Black Rice Osagie.

His music was greatly influenced by the poverty, inequality and hardship he witnessed in his early life. He released his solo debut album “Under pressure” on the Premier Music label in 1988, which propelled him to instant continental stardom. The album had hits like “Under pressure”, “Rasta get jail” and the massive hit “Rhumba style”.