A man who managed to escape serious tragedy after a fuel tanker exploded in Lagos, has told his story.
The unnamed man gave his account of what happened shortly after the fire outbreak caught up with as many as 54 vehicles.

He explained that while they were stuck in traffic, he saw a tanker moving backwards before hitting a culvert and falling over.

According to him, immediately the tanker fell, he quickly picked his phone and power bank and his keys and then exited his car. He then noticed that the fallen tanker was pouring out fuel and realized that it was a serious matter

He decided to run away before any other thing happened. According to him, he saw a man behind him trying to reverse his car. He told the man to leave his car and run away but the man refused.

At this point, he decided to just flee for his life and it was not long before the explosion happened.

Watch the man talk about his experience below: 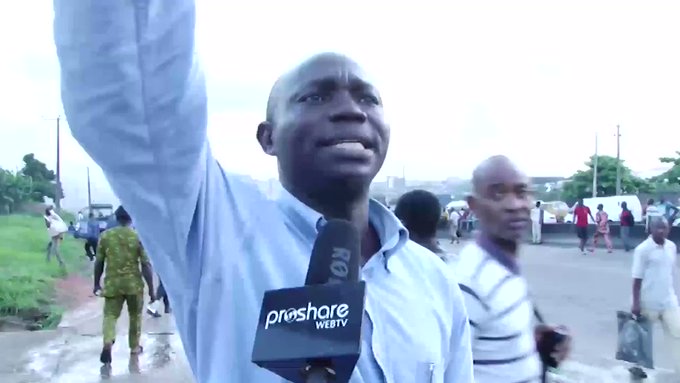