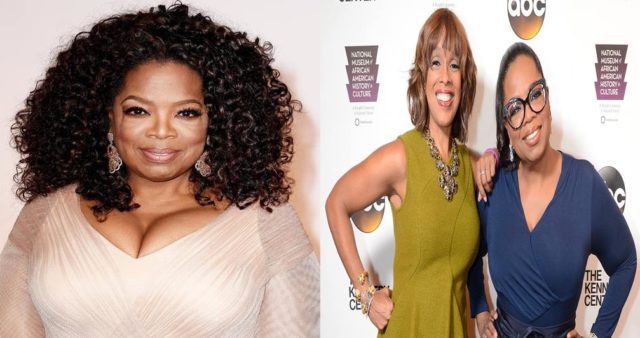 Oprah Winfrey, who’s admired as one of the respected and richest women in the world is a ‘marijuana smoker’, according to her best friend and CBS News anchor Gayle King.

Gayle was featured on the Ellen Degeneres Show recently and she revealed that the media mogul does weed.

The News anchor was discussing marijuana with comedian Amy Schumer during the show when she made the statement. She said she has never used cannabis, but couldn’t say the same about her BFF.

“Oprah has also smoked a little marijuana, too. I don’t mind saying that,” King said. “I’m not telling tales out of school.”

When DeGeneres asked if Winfrey “likes” getting high, King declined giving more information by saying: “I refuse to answer on the grounds that it may incriminate her,” King said when pressed for details. “It’s not something that happens on a regular — I’m going to change the subject.”

The CBS News anchor also went on to reveal that she’s interested in trying marijuana for the first time.

“I’ve gone all this time without smoking…am I missing something?” she asks. “I prefer to be high on life. I’m so glad to be on the planet doing the jobs that we do.”