The authorities of the Republic of Benin have extended by six months the detention of Yoruba Nation agitator, Sunday Adeyemo, popularly known as Sunday Igboho, The PUNCH is reporting.

A former lawyer of the activist, Pelumi Olajengbesi, had a day earlier said Igboho will soon return to Nigeria from Benin Republic, where he was arrested last year as he made to leave for Germany with his wife.

Aliyyu said: “Contrary to what was speculated in the news by a lawyer, the government of the Republic de Benin has renewed the incarceration of Chief Sunday Adeyemo a.k.a Igboho Oosa for another six months even though there is no criminal charge in their file in Cotonou and without extradition request from Nigeria.” “We will approach the ECOWAS Court which they never obeyed,” he said.…

The leader of the umbrella body of Yoruba Self-Determination Groups, Ilana Omo Oodua, Prof. Banji Akintoye, has disclosed that the body and other groups are working hard to secure the release of embattled Yoruba Nation agitator, Sunday Adeyemo, aka Sunday Igboho, who is on trial in Benin Republic.

The Nation reports Igboho has been in detention since July 19, 2021 when he was arrested by Interpol at the Cadjèhoun Airport in Cotonou.

He was arrested with his wife, Ropo, but the Cour De’appal De Cotonou ordered the release of the Germany-based wife of the activist, saying there were no allegations against her.

Akintoye in a statement made available to The Nation by his Communications Manager, Maxwell Adeleye, described some media reports (Not The Nation) that he has left Nigeria to escape the plots of the government to arrest him as untrue. Akintoye explained he is Benin Republic to coordinate and supervise how to legally rescue the embattled agitator, from government remand as soon as possible.

He stated that Igboho committed no offense against the Nigeria laws to warrant being arrested, intimidated or harassed and he’ll return back to Nigeria as soon as Ighoho is released by the government of Benin Republic to continue the struggle for the actualisation of Yoruba Nation.

He said: “Myself, the President-General and Professor Wale Adeniran (Chairman) of Ilana Omo Oodua, are currently in the Republic of Benin as reported, but not on the run.

“We are here to supervise and coordinate, by all legal and and other means, the struggle for the release of our son and patriot, Sunday Adeyemo Igboho, detained by the Government from custody.

“By demanding peaceful self-determination for the Yoruba Nation, i am not breaking any law, since self-determination is recognized by the International and Nigerian laws to be an inalienable right of every Nationality, large or small, in the world.

“I have earned a solid reputation as a highly respectable advocate of a peaceful self-determination struggle. I have even written a book on the subject which is already being used …

The Lead agitator for the actualization of ‘Yoruba Nation’, Sunday Adeyemo, popularly known as Sunday Igboho and his wife, Ropo, would have successfully fled to Germany, on Monday.

But the swift intervention of Lt. Gen. Tukur Yusuf Buratai (rtd.), aborted the ‘discreet journey’ of the Yoruba ethnic campaigner, in the Benin Republic.

PR Nigeria exclusively gathered from credible intelligence that Buratai, a past Chief of Army Staff (COAS), was the ‘main’ brain behind Igboho’s arrest.

Igboho was fleeing Nigeria to the European nation via Benin after he had been declared wanted by the Department of State Services (DSS), last month. The self-acclaimed secessionist leader’s house in Ibadan was raided during a clandestine operation by a combined team of security operatives and men of the DSS.

Though Igboho escaped during the raid, 12 of his men and a lady, were arrested. They have since been in detention.

An intelligence officer of Nigerian extraction in Benin, on Tuesday, told PR Nigeria, in confidence that, Buratai swung into action immediately Igboho was declared wanted by a Nigerian intelligence agency.

“The ex-Army Chief knew that Igboho has the only option of first fleeing to any neighboring African country sharing borders with Nigeria. And as Nigeria’s ambassador to Benin, which shares several borders with Nigeria, he could not be caught napping,” he said.

According to him, it was in the penultimate week that Buratai tinkered with the idea and then wrote the government of the Benin Republic.

Said the intelligence officer: “Gen. Buratai insisted on the arrest and extradition of the self-acclaimed Yoruba secessionist leader. His secret letter to the Benin government was delivered through the Nigerian Embassy in Benin lookout, asking them to be on the lookout for Igboho.”

That same Buratai’s letter, according to another intelligence officer who spoke to PR Nigeria, was instrumental to the arrest of Igboho and his wife at the Cadjèhoun Airport in Cotonou, the largest city in the French-speaking country.

“Igboho was arrested in Cotonou on Monday night while he tried to travel. He was already at the …

The Department of State Services has said the secret service coordinated the invasion of the Ibadan, Oyo State home of Yoruba cultural activist, Sunday Adeyemo, also known as Sunday Igboho, in the early hours of Thursday.  The spokesman of the Service, Dr. Peter Afunanya, made this known on Thursday when those arrested in the house and items recovered were paraded. Afunanya, who confirmed the death of two persons, said it occurred because operatives involved in the joint operation were fired at by those in Igboho’s house. He said the exchange of gunfire lasted for about one hour, during which Igboho reportedly escaped from the house. He said: “In the early hours (about 0134 hours) of today, 1st July, 2021, a joint team of security operatives raided the residence of Sunday Adeniyi Adeyemo aka SUNDAY IGBOHO, at Soka, Ibadan, Oyo State.

“This was based on intelligence that he had stockpiled arms in the place. 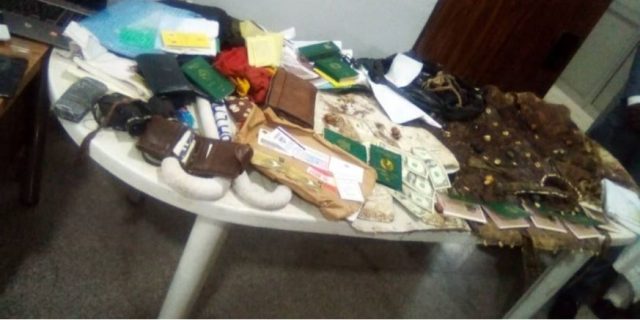 “On approach to the residence, the team came under heavy gun attack by nine men, suspected to be IGBOHO’s guards. 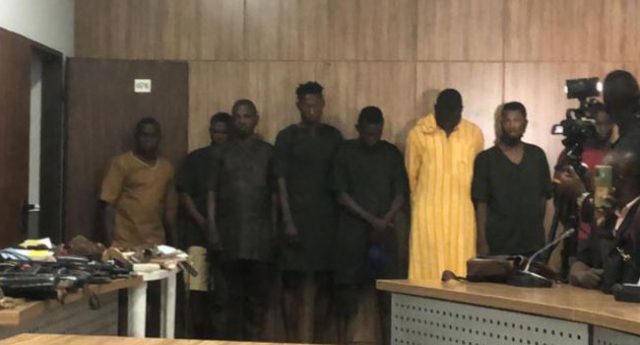 “Six of them were armed with AK-47 guns and three others with Pump-Action riffles. 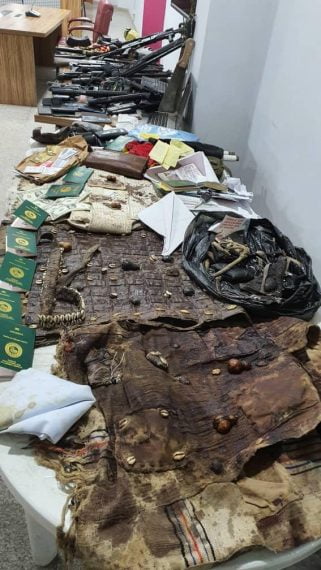 “In the course of the exchange, two of IGBOHO’s armed men were gunned down while the rest were subdued and arrested. 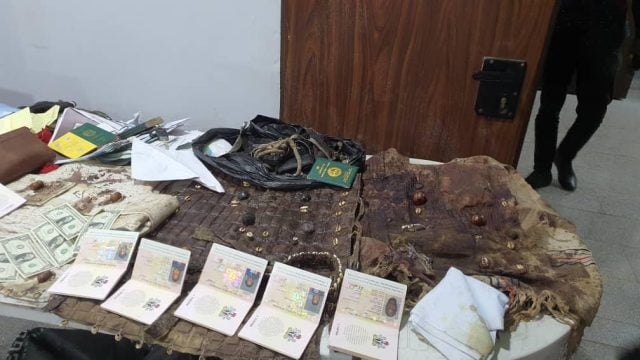 “Only one operative who was shot by the assailants on his right hand sustained injury. 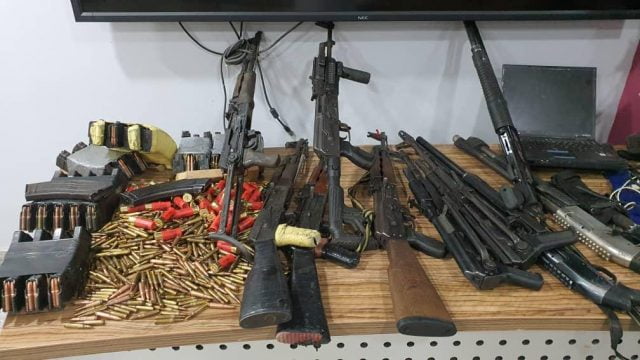 “He has however received medical attention and is very stable.”

Afunanya said after the gun exchange subsided, the team procedurally searched the house. 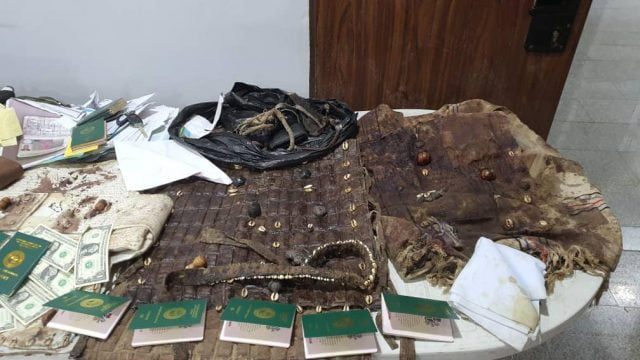