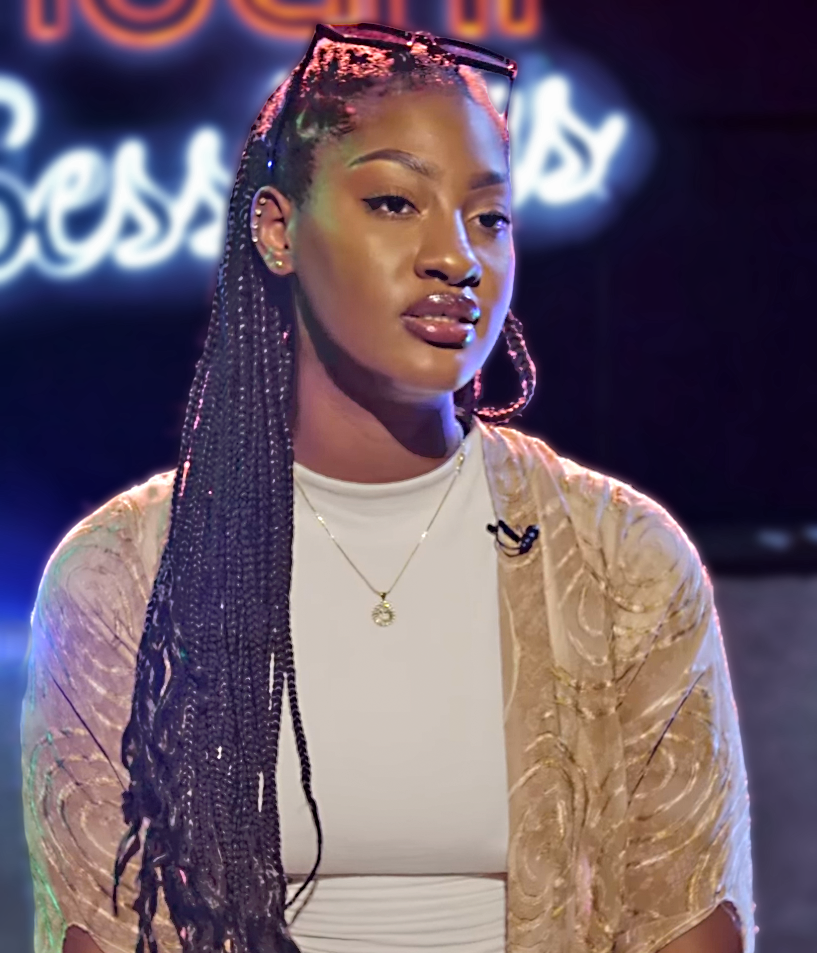 On September 6, 2021, Nigerian singer, Tems announced that her sophomore EP is set to drop next week. 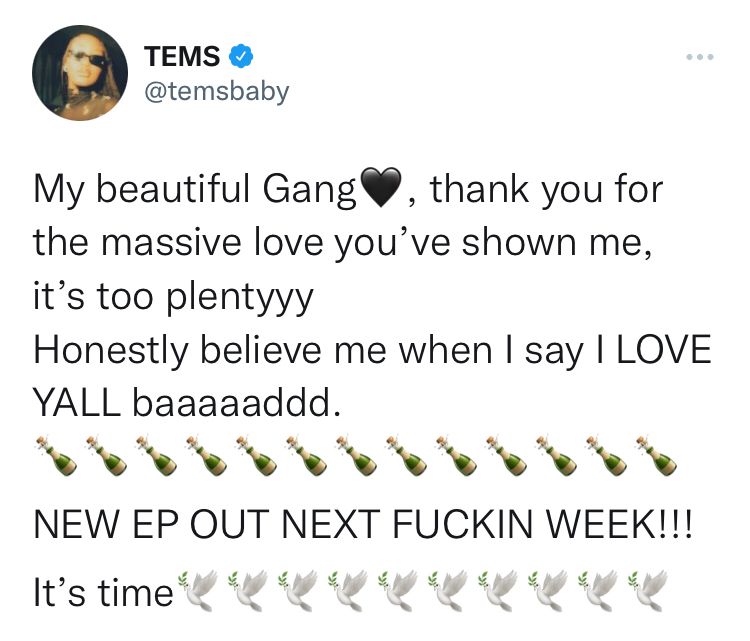 The announcement came via her Twitter handle. She wrote that, “My beautiful gang, thank you for the massive love you’ve shown me. It’s too plenty. Honestly, believe me when I say I love y’all baaaaaddd. NEW EP OUT NEXT F*CKIN WEEK!!! It’s time...”

This comes after a stellar year, where she’s featured on chart topping ‘Essence’ alongside Wizkid and Justin Bieber, while she’s also featured on a song with Drake.

In 2019, Tems launched with singles, ‘Looku Looku’ and ‘Mr. Rebel.’ She followed it up with ‘Try Me’ and then released two more singles before her debut EP, For Broken Ears.